According to a study by Underwriters Laboratory, modern homes burn up to eight times faster than comparable homes that were built between 1950 and 1970. This is due to quicker fire propagation, causing slower escape times, quicker flash over time (all combustible materials in a room reach their ignition temperatures at the same time), and shorter collapse times. Modern homes are also made out of synthetic materials and decorations that burn faster.

Prevention is of paramount importance in today’s world. Fire hazards are always present but technology has made significant advancements in the area of detection. The average victim of a fire has at best a three minute window to escape without harm. It takes on average six minutes for first responders to arrive. Contending with the threat of a fire, along with the alarming rates of mortality, should be incentive enough for any property owners to invest in smart fire safety solutions. Far too many households have failed to institute proper fire or emergency measures. Twenty one percent of the fire related fatalities were a direct result of a faulty smoke alarm that did not sound off, and sixty percent of fire related deaths were in homes with no smoke alarms!

Your first defense against the elements is detection. With connected smoke and carbon monoxide sensors, your system will instantly pinpoint a danger area in your home.

In the event of fire, our professional monitoring service will spring into action immediately. A security professional will assess the situation immediately and dispatch emergency services if needed. Whether you’re home or away, help will be at hand.

Meanwhile, your home’s alarm will sound and a smartphone alert will tell you exactly what’s going on and where. If you’re not home, you can visually confirm the alarm using your image sensors or video cameras. 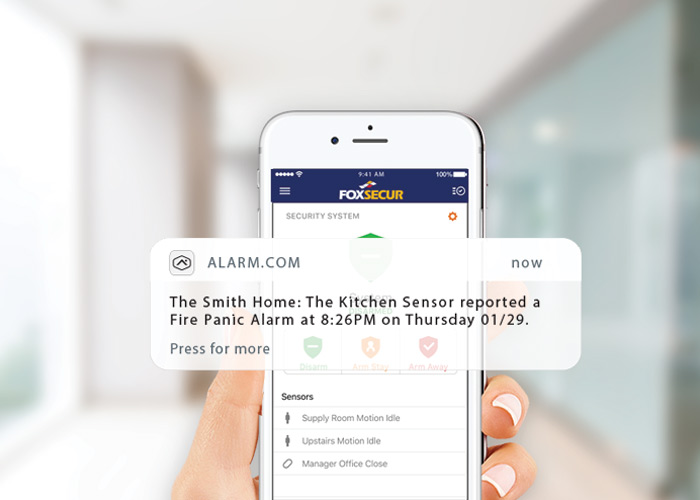 About the Author: Marc